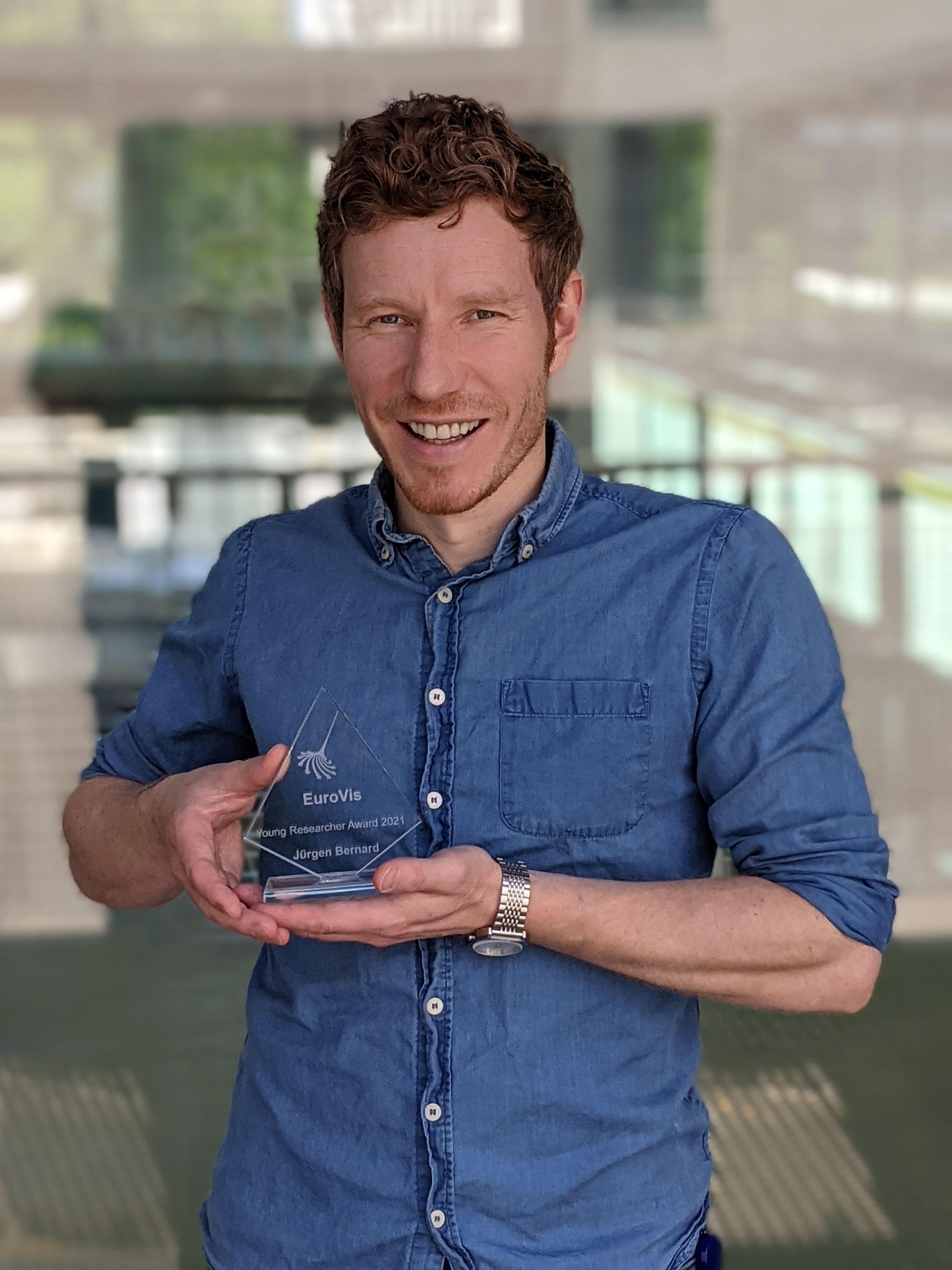 Jürgen Bernard is Assistant Professor of Computer Science at the Department of Informatics. His primary research includes the characterization, design, and evaluation of visual-interactive interfaces to combine the strengths of both humans and algorithms in interactive machine learning and data science applications.

Jürgen Bernard has received the EuroVis 2021 Young Researcher Award «in recognition of his outstanding contributions to the characterization, design, and evaluation of visual-interactive interfaces to combine the strengths of both humans and algorithms».

The laudatio by Eduard Gröller also points out that Jürgen’s papers are by now widely cited and that his career shows a very clear positive gradient.

About the award
The EuroVis Young Researcher Award is given each year to one young researcher in the field who has already made a significant contribution to visualization in general and more specifically to the European visualization community. The intent of this award is to recognize people early on in their career who have already made a notable contribution and are likely to make more.