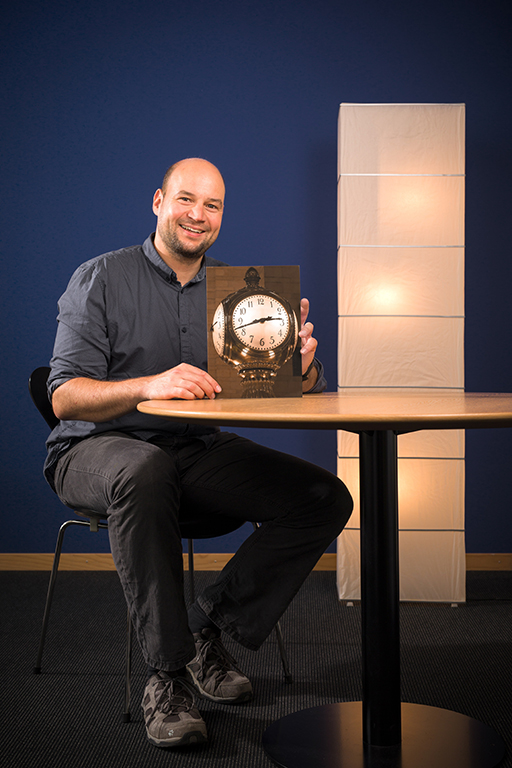 Ingo Scholtes is an SNSF Professor for Data Analytics at the Department of Informatics at the University of Zurich.

You are warmly invited to the inaugural lecture of Prof. Ingo Scholtes:

Networks in Space and Time

Network models have become a cornerstone in the study of complex systems that consist of a large number of interacting elements. In his inaugural lecture, Ingo Scholtes will discuss challenges that arise in the analysis of temporal data on social, technical, and biological systems with dynamic interaction topologies. He will present recent advances that have been made to address these challenges from a data science and machine learning perspective and he will introduce future perspectives of his research.

Ingo Scholtes received his doctorate degree from the University of Trier (DE) in 2011. During his doctoral studies, he developed a highly-scalable software framework to monitor particle collision data from the ATLAS detector at CERN in Geneva. From 2011 to 2018 he was a postdoc and senior assistant at ETH Zürich, in 2016 he held an interim professorship at the Karlsruhe Institute of Technology (KIT). In 2018 he was the only computer scientist in Switzerland to be awarded an SNF professorship with a volume of CHF 1.5 mio, which he started at the Department of Informatics (IfI) in August 2018. Since July 2019 he heads the Chair of Data Analytics at the University of Wuppertal (DE) as a full professor.

We are looking forward to seeing you there!